Last weekend there was a cybercrop at Peartree Cutfiles. I’ve got a few of Marie’s cutfiles in my stash and really needed a kickstart with my scrapping as so far I’d only done two layouts this year. There were four challenges but you could enter each one as many times as you liked. Every layout had to include a Peartree Cutfiles cutfile.

The first challenge was a moodboard, which included hearts, colourful flowers and a cat. I was well away there. I have plenty of cat photos so did two for that challenge.

This one uses a Vicki Boutin background. I’ve got a whole pad of them and I really need to start using them as they’re gorgeous. I added some Cocoa Vanilla Sunkissed as I thought the colours were a really good match for the background. The photo is Rosie snoozing next to me on the bed. The bedside lamp throws a soft light onto her face when she lies there so I’ve got loads of similar photos. 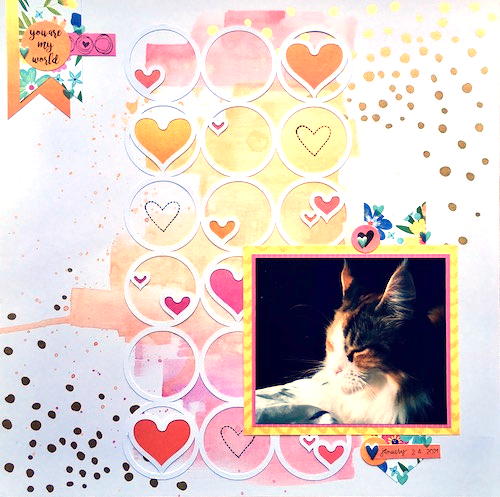 The other one I did for the moodboard challenge is a simpler one, just taking the cat bit from the moodboard. I just love this cutfile. 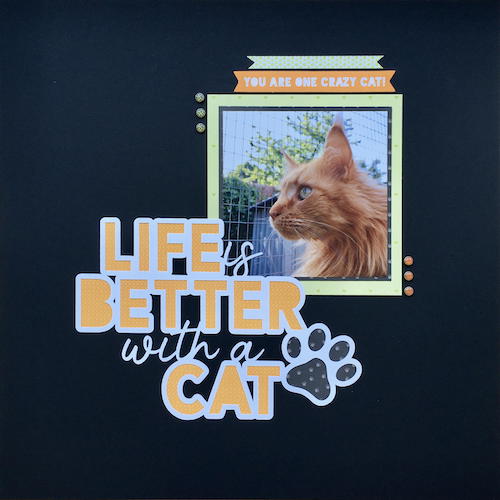 The next challenge was to use ‘pears’ of things on the layout. So, two patterned papers, two photos, two embellishments and two small things. I used Vicki Boutin’s Wildflower and Honey, which is one of my all time favourite collections and I love how this turned out. 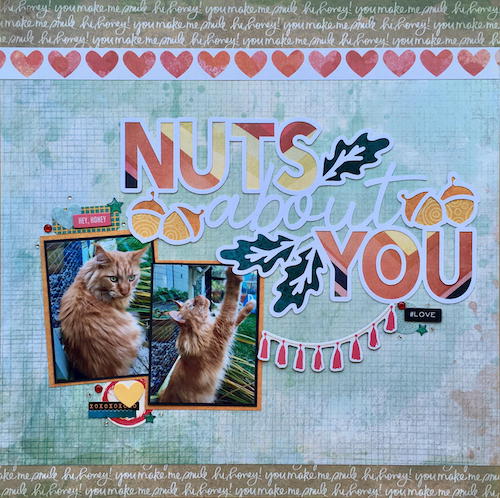 Challenge three was a shape challenge, with the shape being flowers. I had a couple of floral cutfiles so used those. The first one was so fiddly to back, even though it looks quite a simple one. I do enjoy backing cutfiles though, so not a problem. It’s quite relaxing to do.

I used Pink Paislee Again and Again for that one. That’s another of my favourite collections.

Finally, I did this one. I used another Vicki Boutin background, again with Cocoa Vanilla Sunkissed. I was going to add some embellishment clusters, but after staring at it for twenty minutes, I decided it was fine as it was and called it finished. 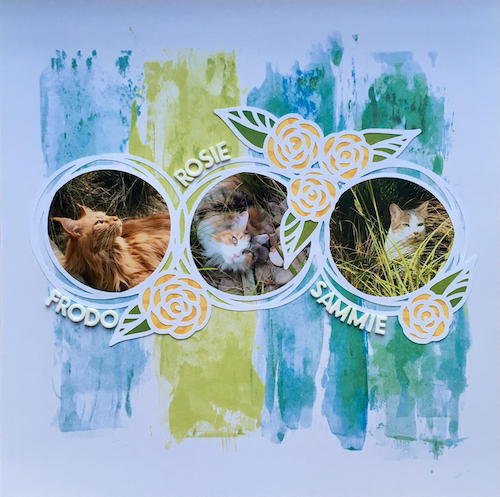