This part didn’t take too long, apart from a wee problem that caused me to frog one particular stitch three times. There are some lovely stitches in it, some of which I hadn’t done before, so I really enjoyed doing this part. 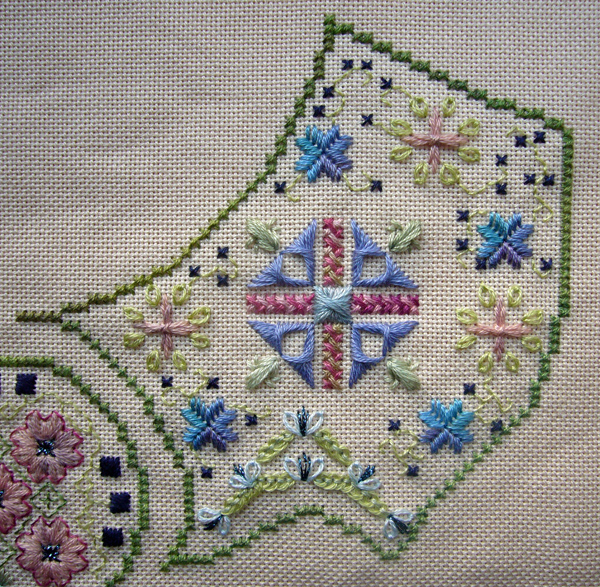 This was quite a textured piece so I’ve taken an angled shot too. 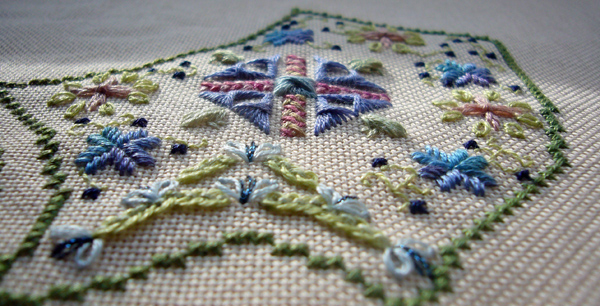 The stitch that I had problems with was the very centre one. It should be Ceylon stitch. I’m confident that I can do the stitch now, having frogged and redone it three times, but I just didn’t like it. It looked messy and was spoiling the look of the whole design, in my opinion. Maybe it would have looked better if it wasn’t in the metallic thread, but I wasn’t inclined to do it again so I substituted a Rhodes Square, which I’m very happy with. I did wait until I’d almost finished to see if the Ceylon stitch grew on me, but as it didn’t, I used the metallic for a different stitch so at least there’s some bling on there somewhere. 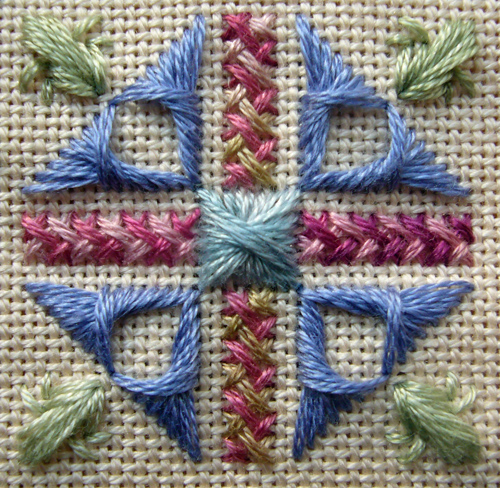 I rather like my Rhodes Square. It looks so much neater than the Ceylon stitch. The pink two-tone stitch is Indian Herringbone stitch and was lovely to do. I like that one of the pinks shades to gold which looks very pretty. The darker blue stitch is Amadeus stitch and I love that one. It was another easy one and I think it looks very effective. The small green leaves are in a sort of Ray stitch and again were very simple.

There are some Satin stitch flowers which I did in my favourite shade of blue. They’re surrounded by backstitch vines and dark blue cross stitches. 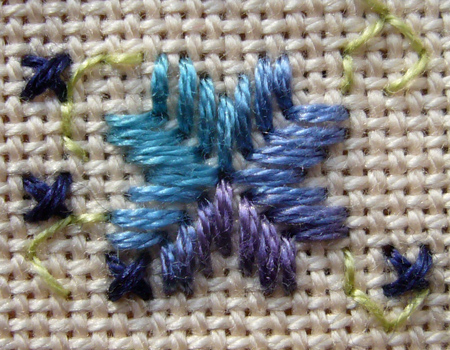 I did the Tied Windmill stitches in one of the pinks. I’ve done this stitch before. It’s easy and I think it looks good. It’s surrounded by Lazy Daisies. I think I’m getting better at them as these look a bit more even. 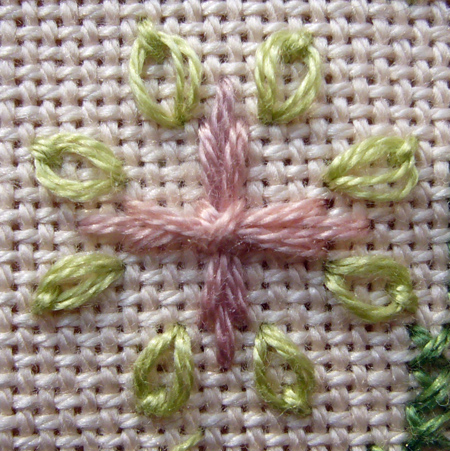 At the bottom is another new stitch called Pekinese stitch. I liked this one as it was fun to do. It’s done in two stages. I love how loopy it is, and I think it looks pretty in the two shades of green. There are more Lazy Daisys and some Ray stitches in the metallic. 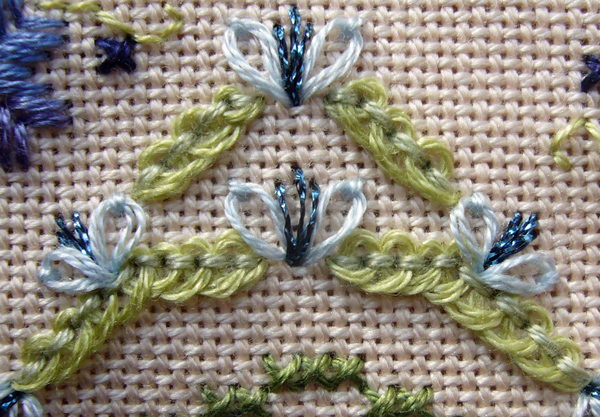 This wasn’t one of my favourite sections but I do like it, especially now the Ceylon stitch is gone, and I really loved doing some of the stitches in it.